woman pumped breast milk on the CES show floor. So what? 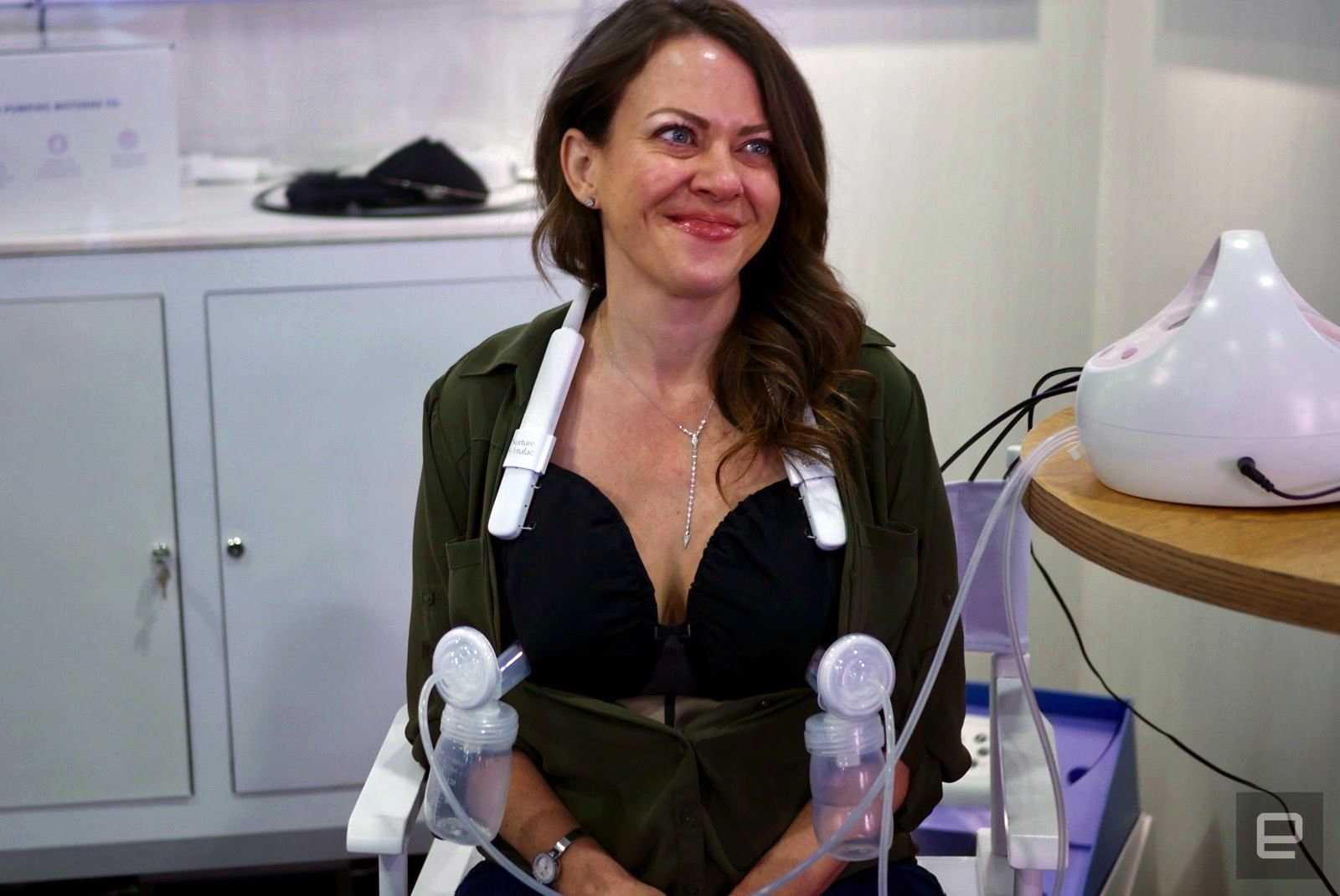 Every company at CES is incentivized to oversell their latest products but the invitations from Imalac promised something that was “groundbreaking,” “the craziest thing you will see at CES this year” and “part of CES history.”

It was indeed an event the show floor had never seen before — the CTA confirmed it. The unassuming booth in the baby tech section had a lactating woman.

Autumn Wake is a certified lactation consultant and former president of the Southern Nevada Breastfeeding Coalition, an advocacy group. The 36-year-old Las Vegas native and mother of two had volunteered to provide a live demonstration of Nurture, a hands-free massaging device to assist breast pumping.

She sat in a fold-out chair with her open olive shirt, showing Nurture’s black bra that contained the massage mechanism. Transparent tubes extended from the device into two small bottles. As they pulsed out milk, Wake spoke with media and Imalac employees. The cavernous convention hall didn’t seem to faze her, although at 10:30am on CES’ first day the crowds were still arriving.

“I’ve pumped everywhere — at concerts, restaurants, at the airport after a conference,” she said. “People are seeing this and that makes it normal.”

Health tech has become a significant component of Las Vegas’ annual gadget carnival, and breastfeeding devices have been prominent in that trend. Yet it can be tricky to quickly demonstrate a breast pump or bladder monitor to floor-wanderers. Attendees often have to put their faith in companies’ internal studies, FDA clearance and sheer salesmanship to trust that products do what they say.

On top of that, a trade show is a place to promote and pitch. Products that deal with blood, milk and sperm — however valuable to consumers — just aren’t as naturally glamorous as foldable phones and 8K TVs. A company like Loon, which makes smart menstrual cups, and YO, which sells a home semen test (you insert a slide with your sample into a case that plugs into your smartphone or computer), unsurprisingly did not have live demos at the show this year. 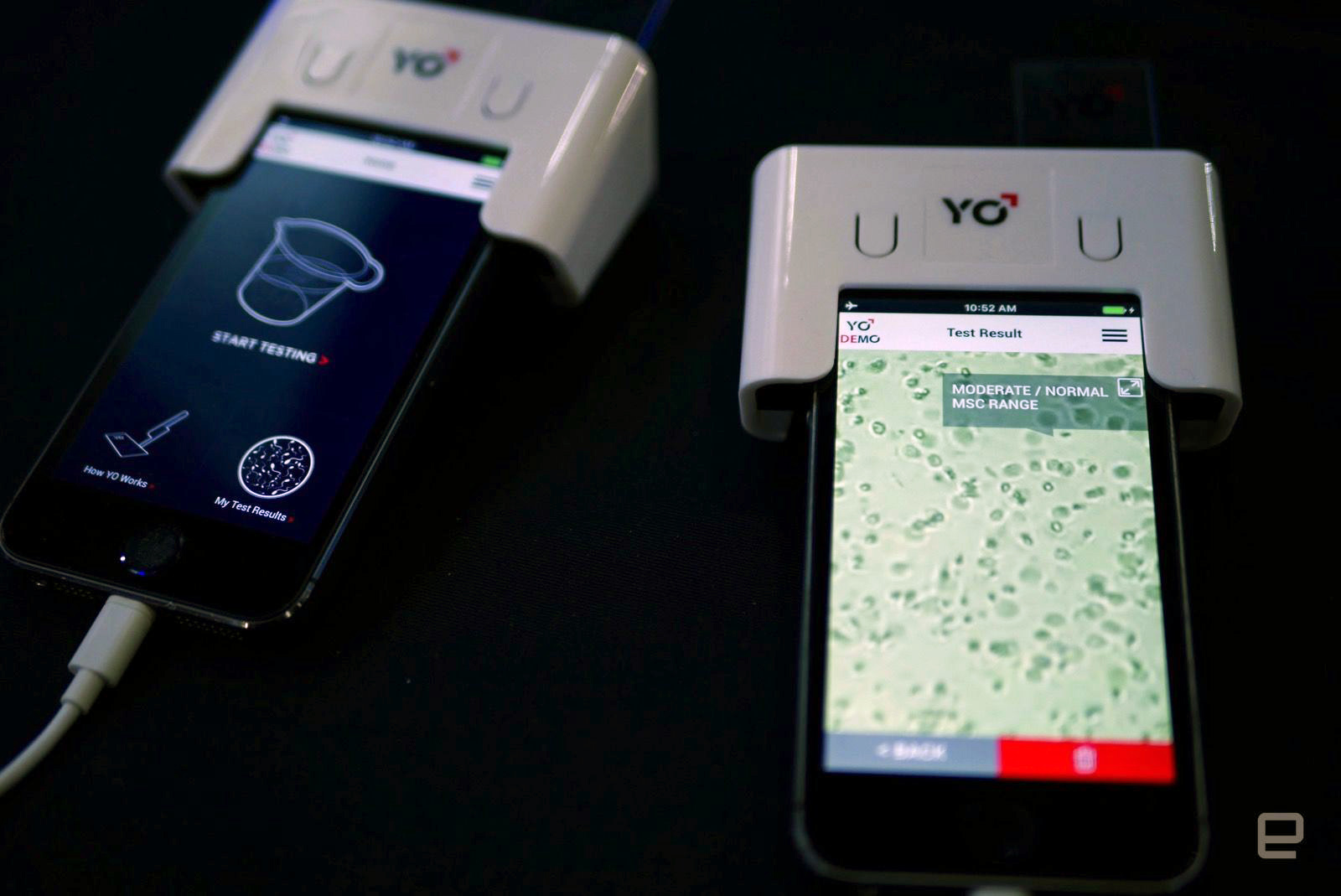 Imalac’s live demo was a proof-of-concept but also, according to co-founder Noreen Sablotsky, a statement. “There’s a huge stigma still about breastfeeding and it needs to be normalized,” she said. “This is what we need to move towards in order to have healthier babies, healthier women.”

This is, after all, an industry still seen as male-centric, and CES is a trade show that last year had zero female keynote speakers. (Following a backlash, the split is closer to even this time around.) Nationwide, public breastfeeding only became legally protected in all 50 states last year, with bills recently passed in Utah and Idaho. The US has one of the lowest breastfeeding rates in the industrialized world.

Imalac plans to launch Nurture this spring with a Kickstarter campaign that began on January 8. It’s FDA-cleared and can be used with or without a standard breast pump — massaging is shown to speed up the pumping process. The massage cups slip in and out of a custom bra made by Imalac with adjustments for pressure, speed and hold time. The Miami-based company was founded by Sablotsky and her daughter Rachael Kish, who is currently nine months pregnant with her third child.

The morning demo I attended took no more than 15 minutes. There were more media members than visitors and more Imalac staff than media. The live showcase — an idea hatched by a PR team — was clearly a promotional stunt. Yet it was also a useful product demonstration that made a larger point about breastfeeding — the kind of statement that is notable because a natural process like this shouldn’t have to be a statement, let alone labelled “groundbreaking.” Since most CES stunts don’t come with societal messages, that probably counts as some kind of distinction. 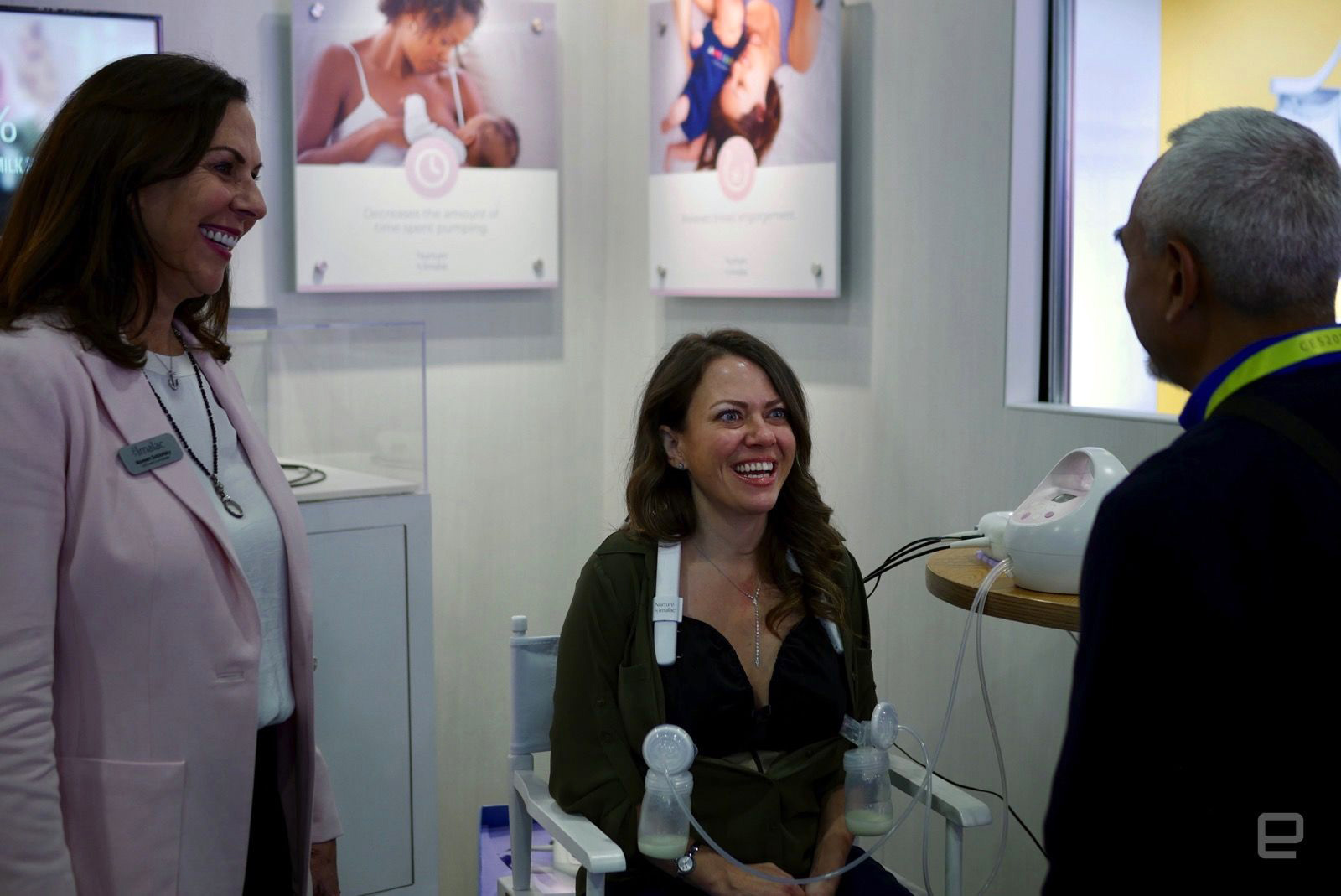